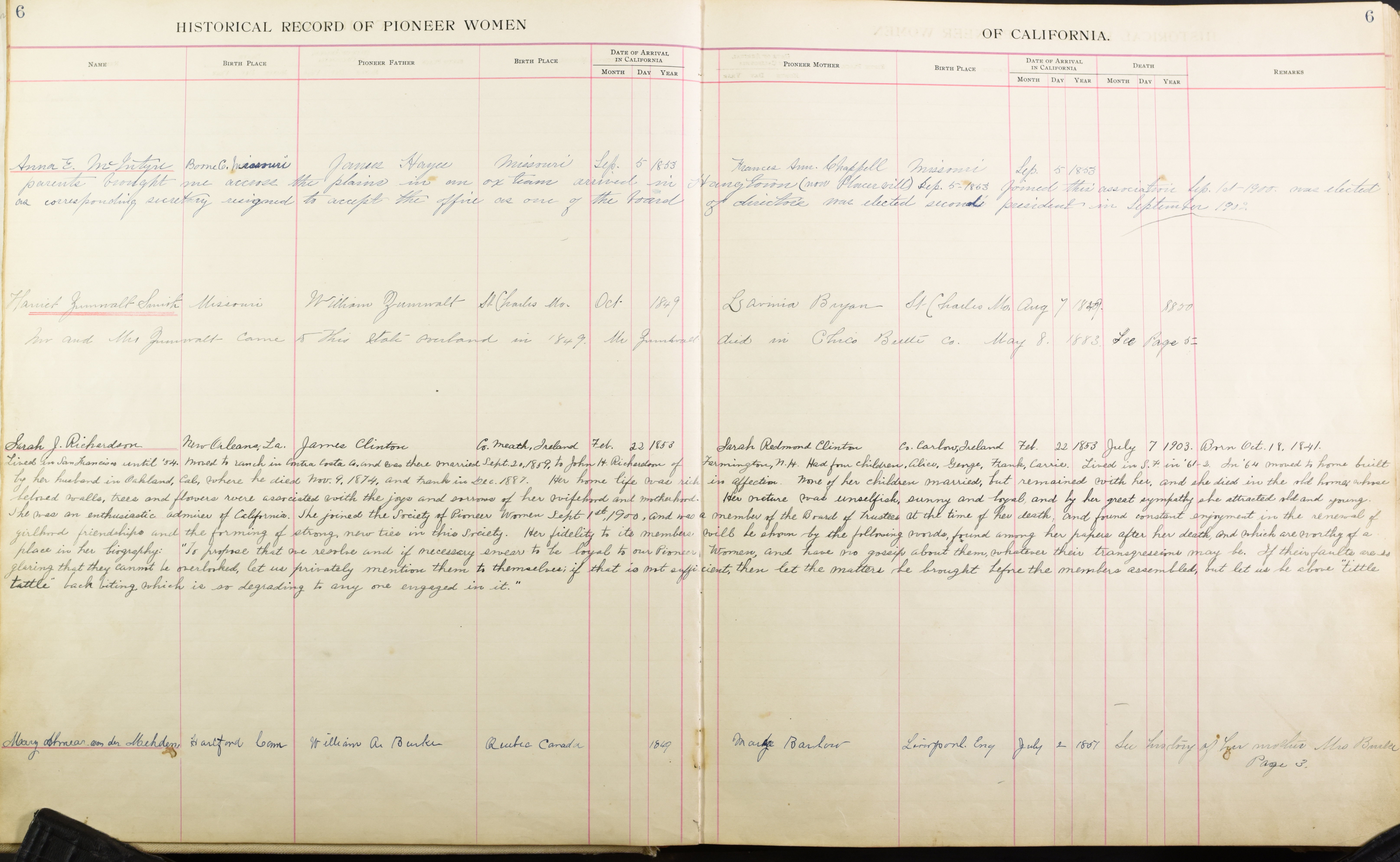 Remarks: Parents brought me accross [sic] the plains in an ox team arrived in Hangtown (now Placerville) Sep. 5 – 1863 Joined this association Sep. 1st – 1900. Was elected as corresponding secretary resigned to accept the office as one of the board of director was elected second president in September 1902.

Remarks: Lived in San Francisco until 1854. Moved to ranch in Contra Costa Co. and was there married september 20, 1859 to John H. Richardson of Farmington, NH. Had four children, Alice, George, Frank, Carrie. Lived in S.F in 61-2. In ’64 moved to home built by her husband in Oakland, California where he died November 9, 1874, and Frank in December 1887. Her home life was rich in affection. None of her children married, but remained with her, and she died in the old home whose beloved walls, trees and flowers were associated with the joys and sorrows of her wifehood and motherhood. Her nature was unselfish, sunny and loyal, and by her great sympathy she attracted old and young. She was an enthusiastic admirer of California. She joined the Society of Pioneer women September 1st 1900, and was a member of the Board of Trustees at the time of her death, and found constant enjoyment in the renewal of girlhood friendships and the forming of strong new ties in this Society. Her fidelity to its members will be shown by the following words found among her papers after her death, and which are worthy of a place in her biography: “To propose that we resolve and if necessary swear to be loyal to our Pioneer Women, and have no gossip about them, whatever their transgressions may be. If their faults are so glaring that they cannot be overlooked, let us privately mention them to themselves; if that is not sufficient, then let the matters be brought before the members assembled, but let us be above ‘little tattle’ back biting which is so degrading to anyone engaged in it.”