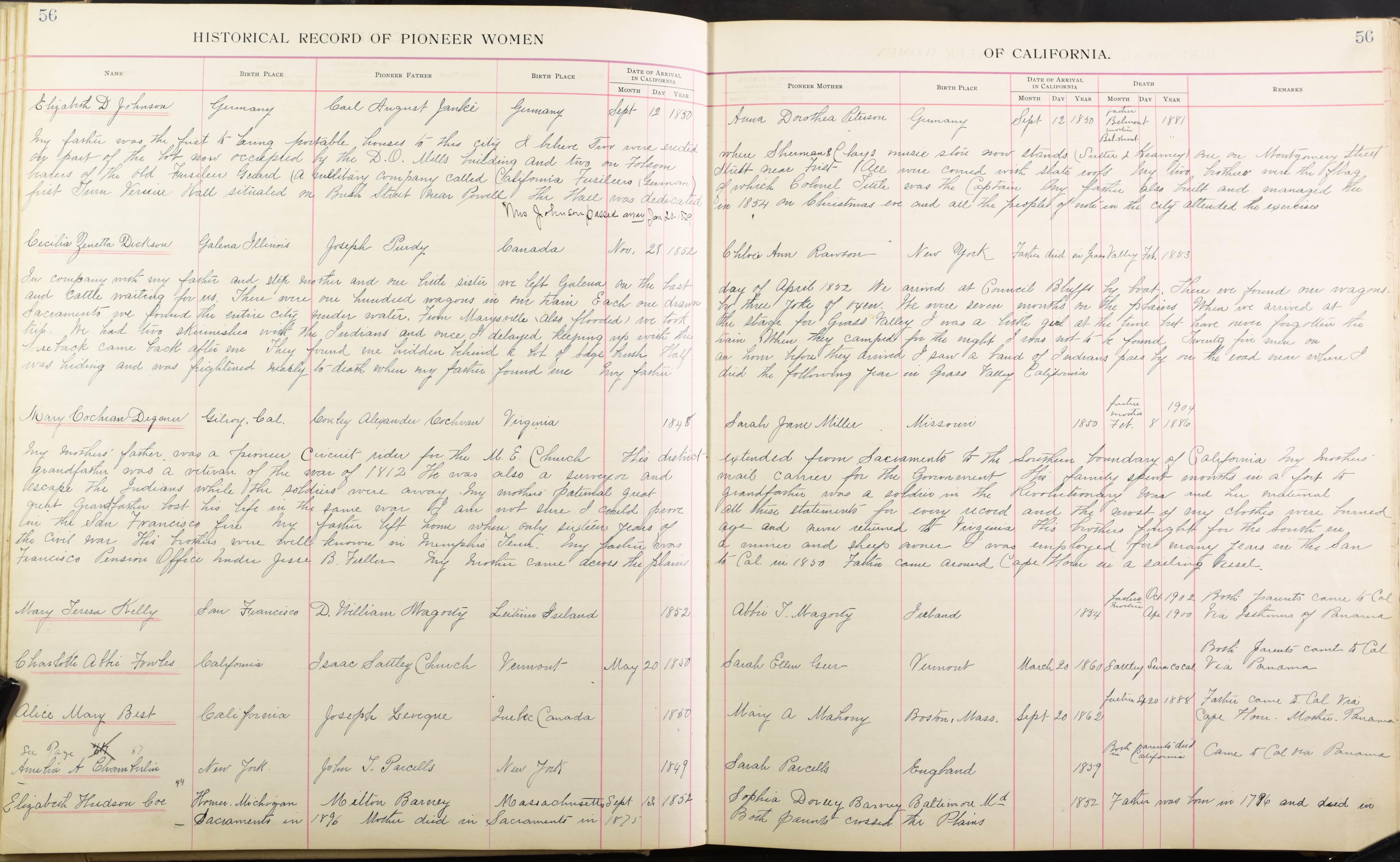 Remarks: My father was the first to bring portable houses to the city. I believe two were erected where Sherman & Clays Music store now stands (Sutter & Kearney). One on Montgomery Street on part of the lot now occupied by the D.O Mills building and two on Folsom Street near First All were covered with slate roofs. My two brothers were the flag of the Old Fusilier Guard. A building company called California Fusiliers (German) of which Colonel  Little was the captain. My father also built and managed the first Turn Verein Hall situated on Bush Street near Powell. The hall was dedicated Christmas Eve and all the people of note in the city attended the exercises.

Remarks: In company with my father and step mother and our little sister we left Galena on the last day of April 1852. We arrived at Council Bluffs by boat. There we found our wagons and cattle waiting for us. There were one hundred wagons in our train Each one drawn  by three yoke of oxen. We were seven months on the plains. When we arrived at Sacramento and found the entire city under water. From Marysville, also flooded, we took the stage for Grass Valley. I was a little girl at the time but have never forgotten the trip. We had skirmishes with Indians and once it delayed keeping with the train. When they camped for the night I was not to be found Twenty five men on horseback came back after me. They found me hidden behind a lot of sage brush. Half an hour before they arrived I saw a band of Indians pass by on the road near where I was hiding and was frightened nearly to death when my father found me. My father died the following year in Grass Valley.

Remarks: Both parents came to Cal. via the Isthmus of Panama

Remarks: Both parents came to Cal. via Panama

Remarks: Came to Cal. via Panama

Remarks: Father was born in 1796 and died Sacramento in 1875. Both parents crossed the plains.