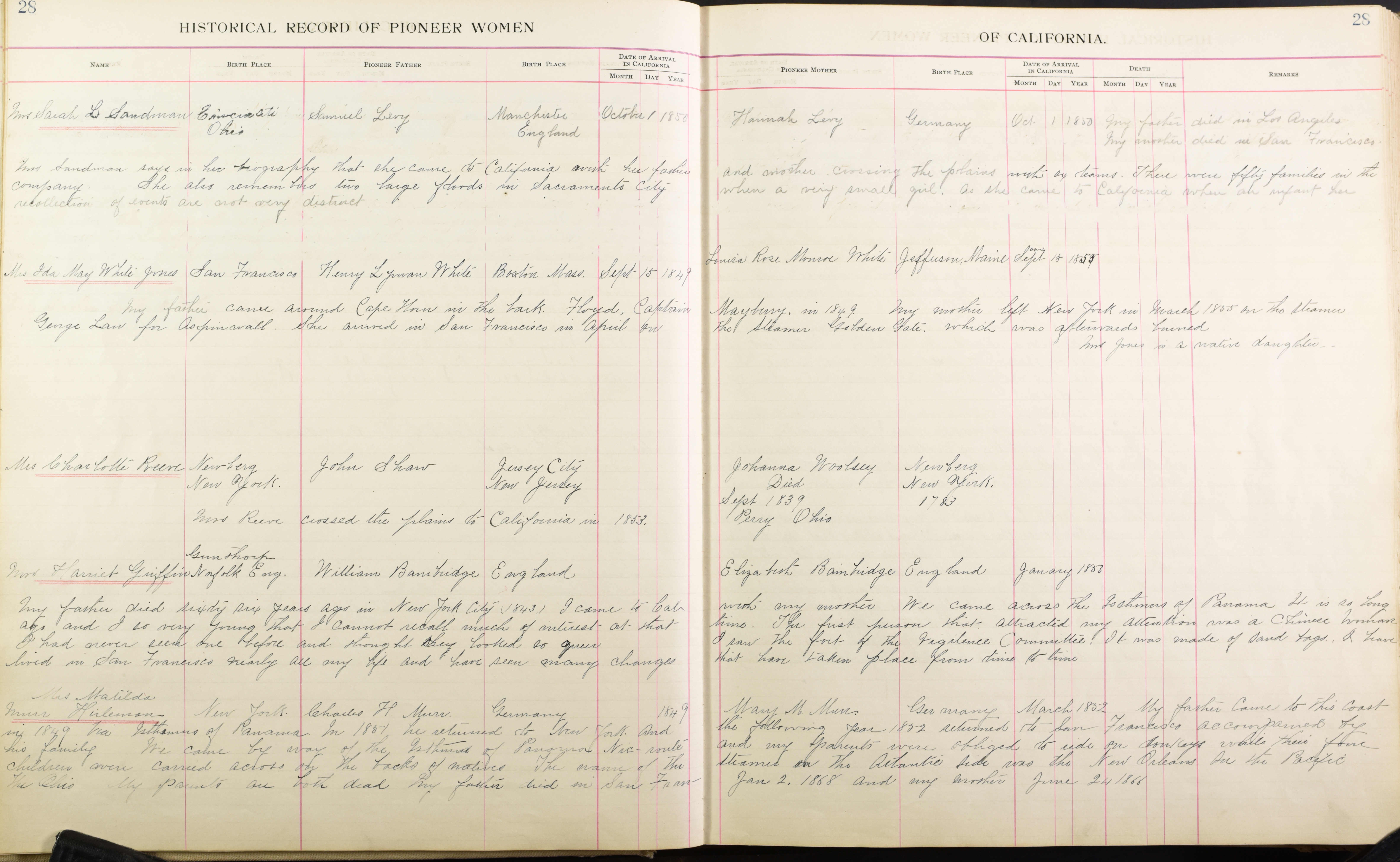 Remarks: Mrs. Sandman says in her biography that she came to California with her father and mother crossing the plains with the ox trains. There were fifty families in the company. She also remembers two large floods in Sacramento city when a very small girl. As she came to California when an infant has recollection of events are not very distinct.

Remarks: My father came around Cape Horn in the back. Floyd, Captain Mayberry in 1849. My mother left New York in March 1855 on the steamer George Yard for Aspinwall. She arrived in San Francisco in April on the steamer Golden Gate. Which was afterward burned. Mrs. Jones is a native daughter.

Remarks: Mrs. Reeve crossed the plains to California in 1853.

Remarks: My father died sixty-six years ago in New York City (1843). I came to Cal. with my mother. We came across the Isthmus of Panama. It was so long ago and I so very young that I cannot recall much of interest at that time. The first person that attracted my attention was a Chinese woman. I had never seen one before and thought they looked so queer. I saw the fort of the Vigilance Committee. It was made of sand bags. I have lived in San Francisco nearly all my life and have seen many changes that have taken place from time to time.

Remarks: My father came to this Coast in 1849 via Isthmus of Panama. In 1851 he returned to New York and the following year 1852 returned to San Francisco accompanied by his family.  We came by way of the Isthmus of Panama, Nic. Route and my parents were obliged to ride on donkeys while their four children were carried across on the backs of natives. The name of the Steamer on the Atlantic side was the New Orleans. On the Pacific, the Ohio. My parents are both dead. My father died in San Francisco Jan. 2, 1868 and my mother June 24 1866.