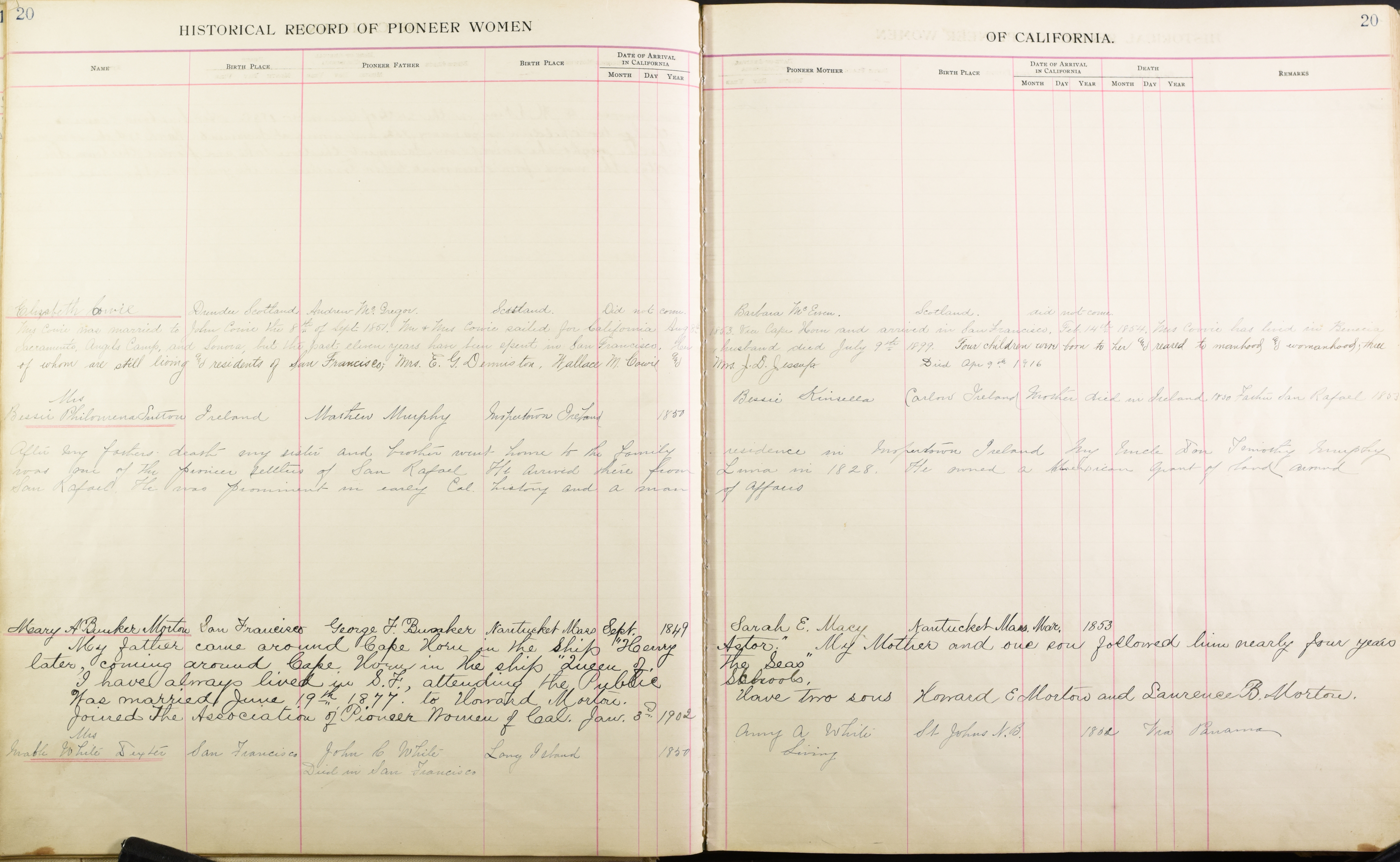 Remarks: Mrs. Courie was married to John Courie the 8th of September 1851. Mr. and Mrs. Courie sailed for California August 8th 1853 for Cape Horn and arrived in San Francisco Feb. 14th 1854. Mrs. Courie has lived in Benecia Sacramento, Angels Camp, and Sonoma, but the past eleven years have been spent in San Francisco. Her husband died July 9th 1899. Four children were born to her and reared to manhood and womanhood; three of whom are still living and residents of San Francisco; Mrs. E. G. Denniston, Wallace M. Courie, and Mrs. J. D. Jessup.  Died April 9th 1916.

Remarks: After my father’s death my sister and brother went home to the family residence in [illegible]town Ireland. My Uncle Jon Timothy Murphy was one of the pioneer settlers of San Rafael. He arrived there from Lima in 1828. He owned a Mexican Grant of land around San Rafael. He was prominent in early Cal. history and a man of affairs.

Remarks: My father came around Cape Horn in the ship “Henry Astor.” My mother and one son followed him nearly four years later, coming around Cape Horn in the ship “Queen of the Seas.” I have always lived in S.F., attending the Public Schools. Was married June 19th 1877 to Howard Morton. Have two sons Howard E. Morton and Lawrence B. Morton. Joined the Association of Pioneer Women of Cal. Jan. 3rd 1902.