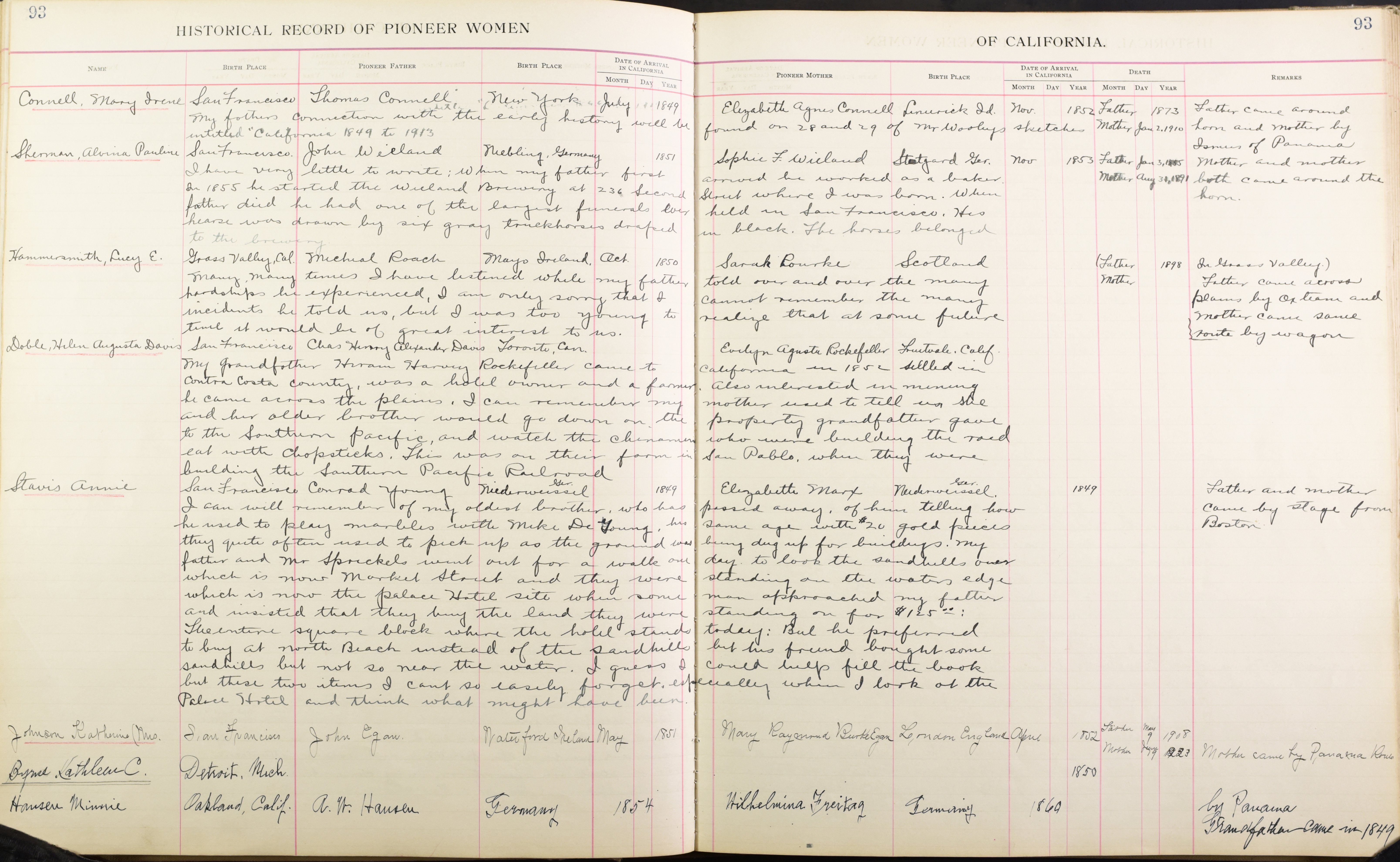 Remarks: Father came around the Horn and mother by Ismus [sic] of Panama.

Remarks: Mother and mother both came around the horn.

I have very little to write; when my father first arrived he worked as a baker. In 1855 he started the Wieland Brewery at 236 Second Street where I was born. When father died he had one of the largest funerals ever held in San Francisco. His hearse was drawn by six gray trackhorses draped in black. The horses belonged to the brewery.

Many, many times I have listened while my father told over and over the many hardships he experienced, I am only sorry that I cannot remember the many incidents he told us, but I was too young to realize that at some future time it would be of great interest to us.

Remarks: My grandfather Hiram Harvey Rockefeller came to California in 1852. Settled in Contra Costa County, was a hotel owner and a farmer. Also interested in mining, he came across the plains. I can remember my mother used to tell us she and her older brother would go down on the property grandfather gave to the Southern Pacific, and watch the Chinamen who were building the road eat with chopsticks This was on their farm in San Pablo, when they were building the Southern Pacific Railroad.

Remarks: Father and mother came by stage from Boston.

I can well remember of my oldest brother, who has passed away, of him telling how he used to play marbles with Mike De Young, his same age with #20 gold pieces they quite often used to pick up as the ground was being dug up for buildings. My father and Mr. Spreckels went out for a walk one day to look the sandhills over which is now Market Street and they were standing on the waters edge which is now the Palace Hotel site when some man approached my father and insisted that they buy the land they were standing on for $125.00: The entire square block where the hotel stands today: But he preferred to buy at North Beach instead of the sandhill but his friend bought some sandhills but not so near the water. I guess I could help fill the book but these two items I can’t so easily forget, especially when I look at the Palace Hotel and think of what might have been.