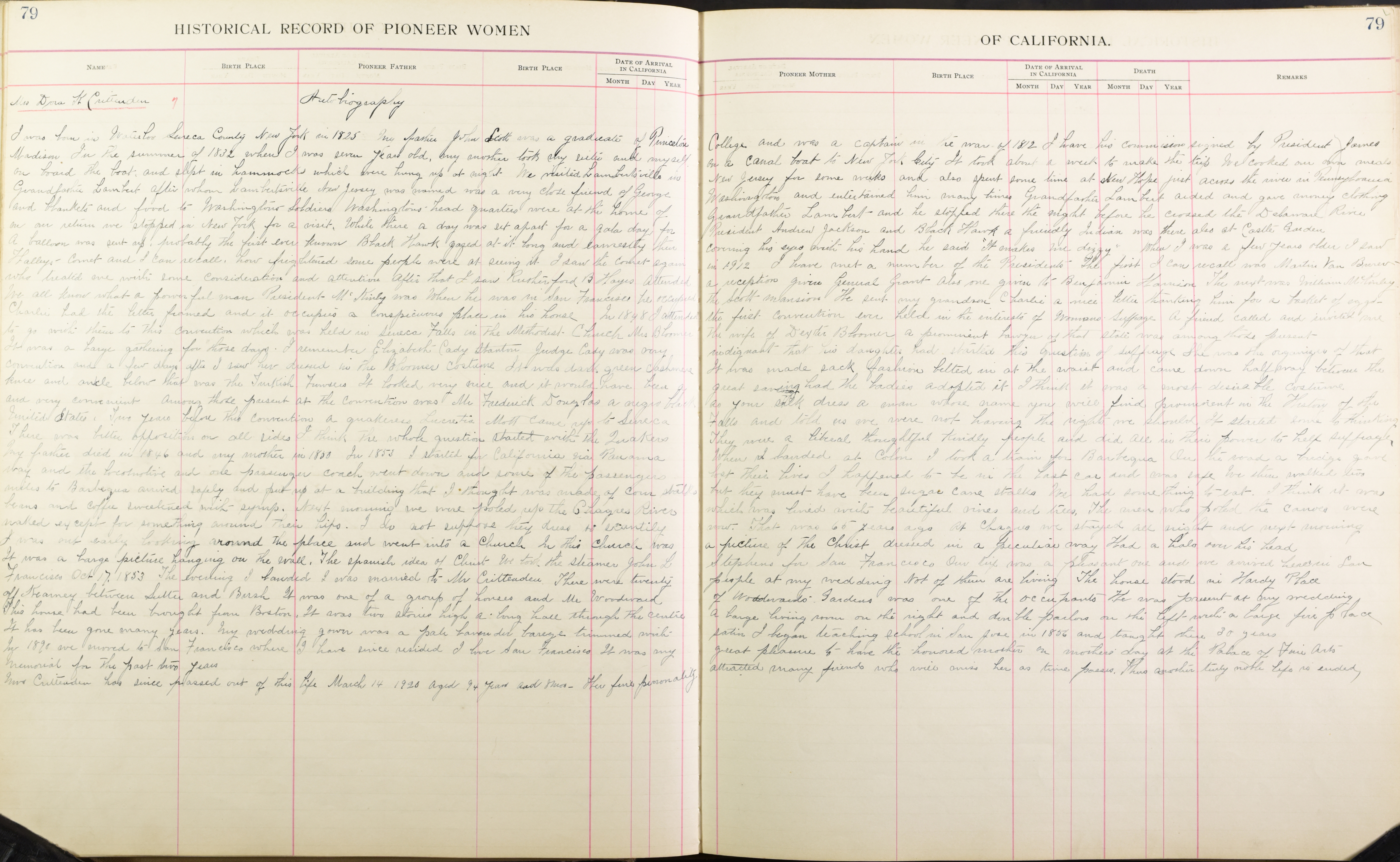 Mrs. Crittenden has since passed out of this life March 14 1920 aged 94 years and 8 mos. Her fine personality attracted many friends who will miss her as time passes. Thus another truly noble life is ended.