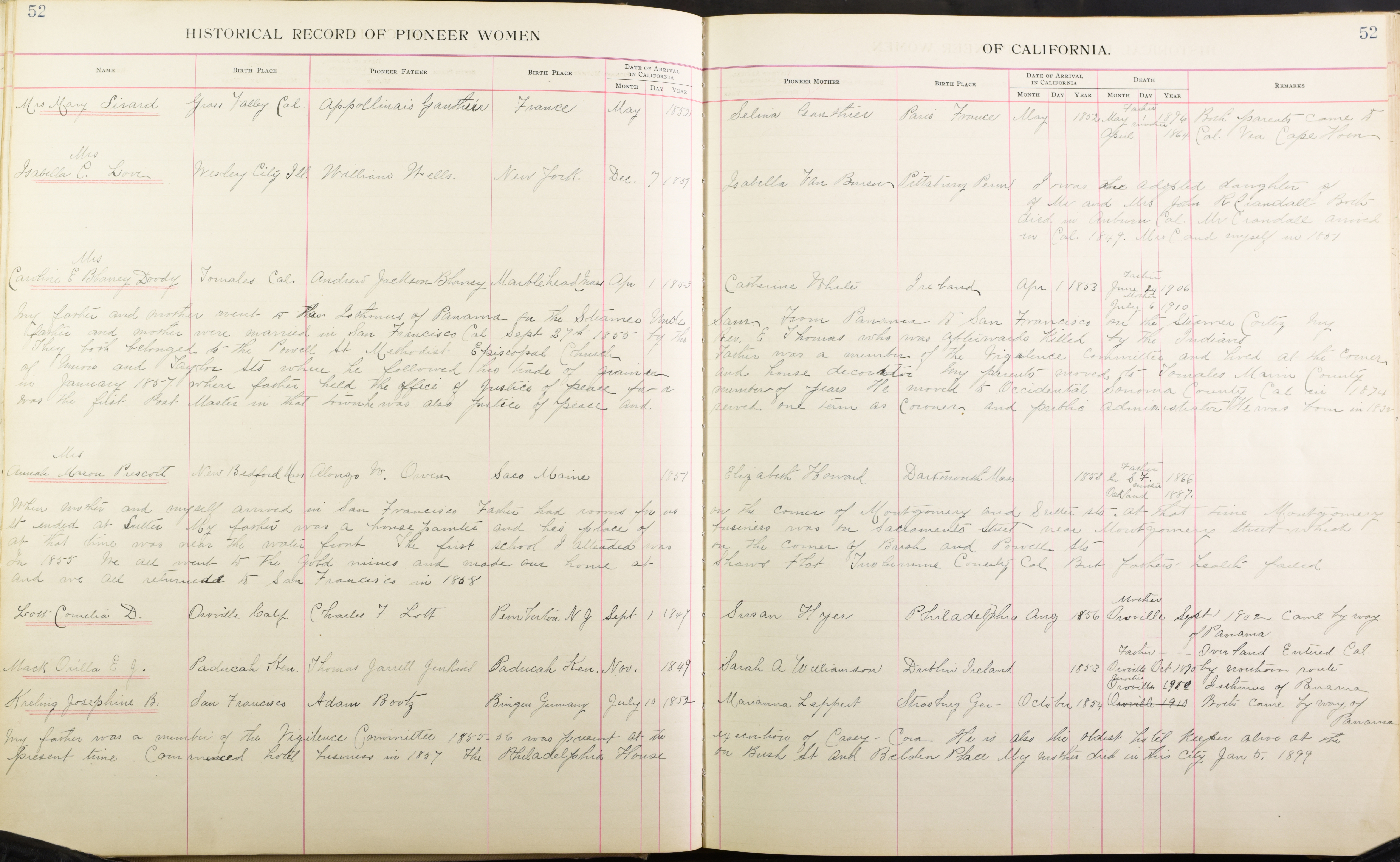 Remarks: Both parents came to Cal. via Cape Horn

Remarks: My father and mother went to the Isthmus of Panama on the Steamer Uncle Sam. From Panama to San Francisco on the Steamer Cortez. My father and mother were married in San Francisco Sept 27 1850 by the Rev. E. Thomas who was afterwards killed by the Indians. They both belonged to the Powell St. Methodist Episcopal Church. Father was a member of the Vigilance Committee and lived at the corner of Union and Taylor St’s. where he followed his trade of painter and house decorator. My parents moved to Tomales, Marin County Cal in January of 1857, where father held the office of justice of the peace for a number of years. He worked in Occidental Sonoma County Cal in 1874. Was the first Post master in that town, was also Justice of the Peace and served one term as coroner and public administrator. He was born in 1832

Remarks: When mother and myself arrived in San Francisco Father had rooms for us on the corner of Montgomery and Sutter St’s. At the time Montgomery St. ended at Sutter. My Father was a house painter and his place of business was on Sacramento Street near Montgomery Street which at that time was near the waterfront. The first school I attended was on the corner of Bush and Powell St’s. In 1855 we all went to the gold mines and made our home at Shaw’s Flat Tuolumne County Cal. But father’s health failed and we all returned to San Francisco in 1858.

Remarks: Both came by way of Panama.

My father was a member of the Vigilance Committee 1855-56 was present at the execution of Casey-Cora. He is also the oldest hotel keeper alive at the present time. Commenced hotel business in 1857 The Philadelphia House on Bush St. and Belden Place. My mother died in the city Jan 5 1899.