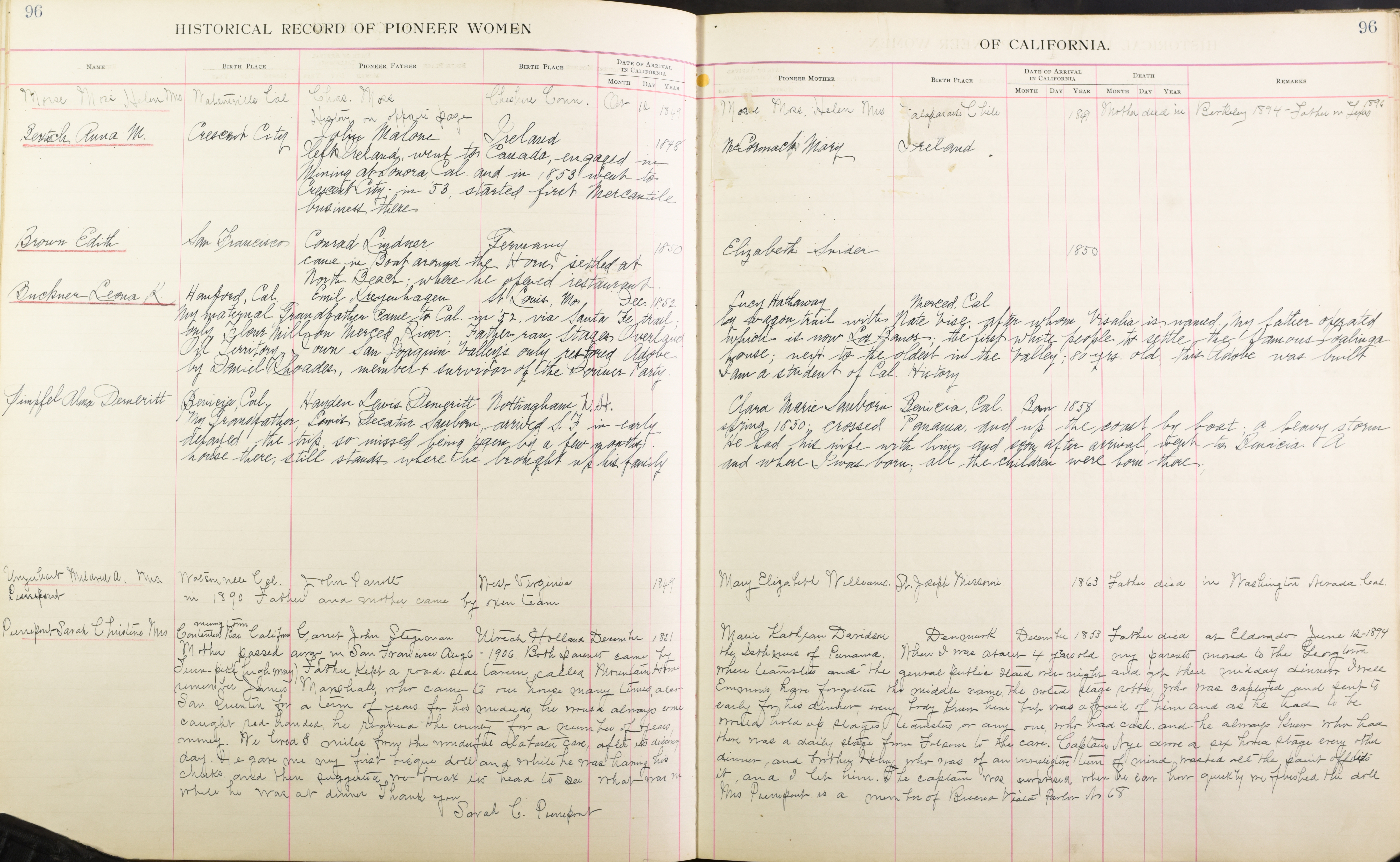 Remarks: History on opposite page

Remarks: My maternal grandfather came to Cal. in ’52 via Santa Fe trail; by wagon trail with Nate [illegible], after whom Visalia is named. My father operated only flour mill on Merced River; Father ran Stages Overland which is now Los Banos; the first white people to settle the famous Coalinga Oil Territory  I own San Joaquin Valley’s only restored Adobe house; next to the oldest in the Valley; 80 yrs. Old.  this Adobe was built by Daniel Rhoades, member & survivor of the Donner Party. I am a student of Cal. History

Remarks: My Grandfather, [illegible] Decatur Sanborn, arrived S.F in early spring 1850; crossed Panama, and up the coast by boat; a heavy storm delayed the trip, so missed being ‘49ers by a few months. He had his wife with him and soon after arrival went to Benicia. A house there, still stands where he brought up his family and where I was born; all the children were born there.

Mrs Prenepont is a member of Buena Vista Parlor No 68