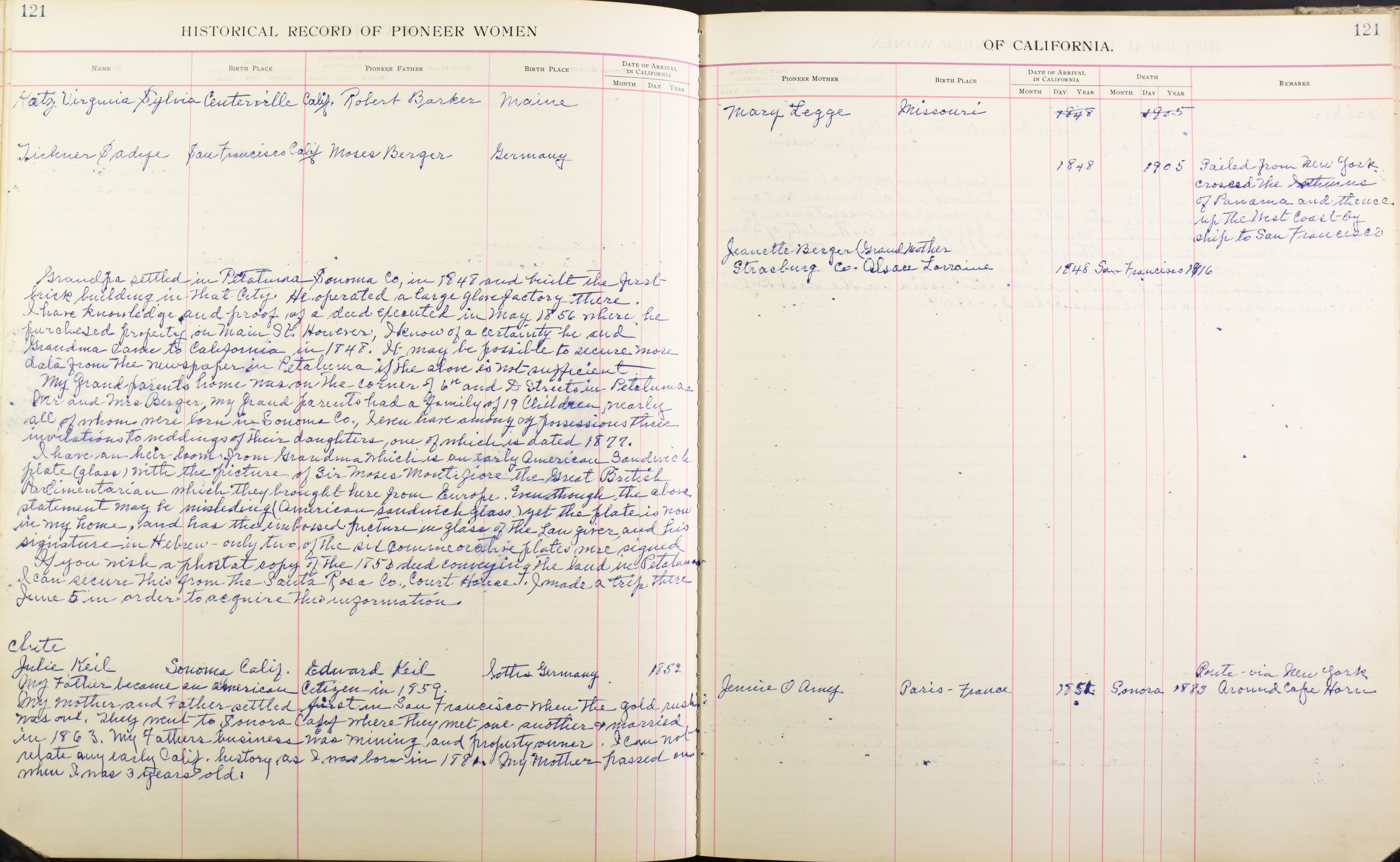 Remarks: Sailed from New York, crossed the Isthmus of Panama and thence up the West Coast by ship to San Francisco.

Remarks: Grandpa settled in Petaluma Sonoma Co, in 1848 and built the first brick building in that City. He operated a large glove factory there. I have knowledge and proof of a deed executed in May 1856 where he purchased property on Main St. However, I know of a certainty he and Grandma came to California in 1848. It may be possible to secure more data from the newspaper in Petaluma if the above is not sufficient. My Grandparents home was on the corner of 6th and D Streets in Petaluma. Mr. ad Mrs. Berger, my grandparents had a family of 19 Children, nearly all of whom were from Sonoma Co. I even have among my possessions three invitations to weddings of their daughters, one of which is dated 1877. I have an heirloom from Grandma which is an early American Sandwich plate (glass), with the picture of Sir Moses Montefiore, the Great British Parliamentarian which they brought here from Europe. Even though the above statement may be misleading (American sandwich glass) yet the plate is now in my home, and has the embossed picture in glass of the Law giver, and his signature in Hebrew – only two of the six commemorative plates were signed. If you wish a phostat [sic] copy of the 1856 deed conveying the land in Petaluma, I can secure this from the Santa Rosa Co. Court [illegible]. I made a trip there June 5 in order to acquire this information.

My father became an American Citizen in 1859.

My Mother and Father settled first in San Francisco when the gold rush was out. They went to Sonoma Calif. Where they met one another and married in 1863. My Fathers business was mining, and property owner. I can not relate any early Calif. History as I was born in 1880. My Mother passed on when I was 3 years old.