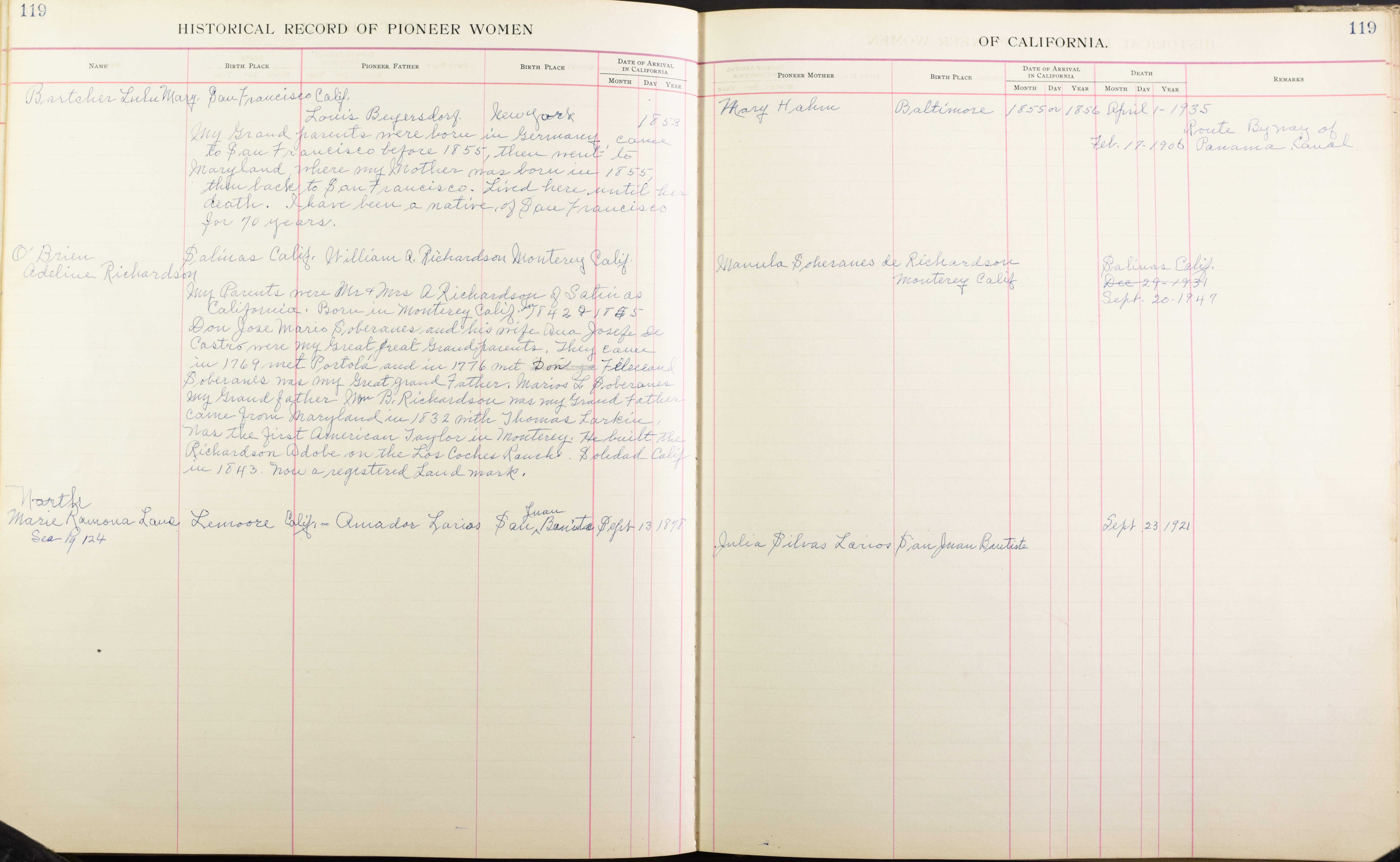 Remarks: My Parents were Mr. and Mrs. A. Richardson of Salinas California. Born in Monterey Calif 1842 and 1845. Don Jose Mario Soberanes, and his wife Ana Josefe de Castro were my Great great Grandparents. They came in 1769, met Portola, and in 1776 met. Don Feleceand Soberanes was my Great grand Father. Mario L. Soberanes my Grandfather. Wm. B. Richardson was my Grandfather, came from Maryland in 1832 with Thomas Larkin. Was the first American Taylor in Monterey. He built the Richardson Adobe on the Los Coches Ranch, Soledad Calif, in 1843, now a registered landmark.