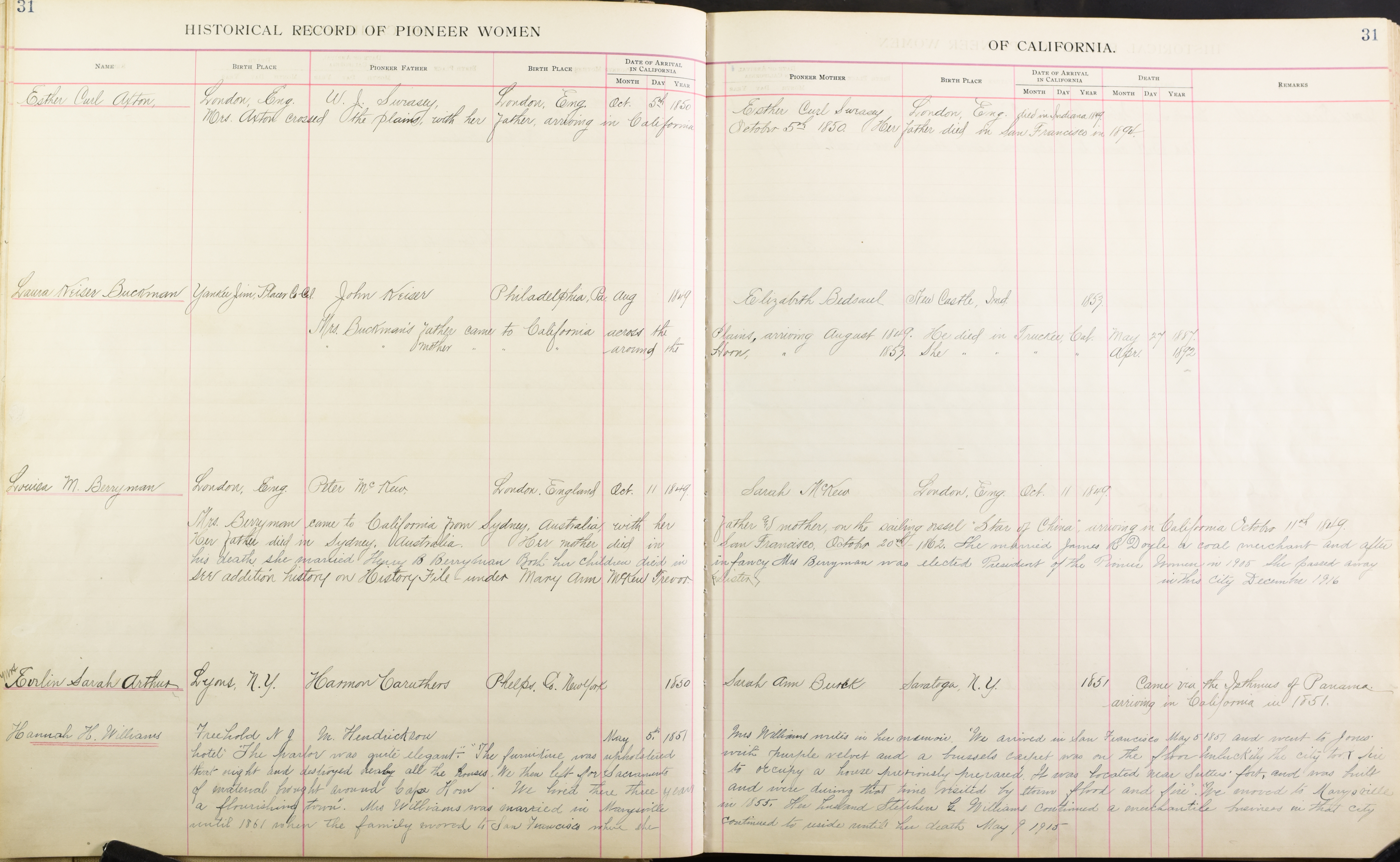 Remarks: Mrs. Axton crossed the plains with her father, arriving in California October 5th 1850. Her father died in San Francisco in 1894.

Remarks: Mrs. Berryman came to California from Sydney, Australia, with her father and mother, on the sailing vessel “Star of China,” arriving in California October 11th 1849. Her father died in Sydney, Australia. Her mother died in San Francisco, October 20th 1862. She married James R. Doyle a coal merchant and after his death she married Henry B. Berryman. Both children died in infancy. Mrs. Berryman was elected President of the Pioneer Women in 1905. She passed away in this city December 1916. See addition history on History File under Mary Ann McKee Trevor. (Sister)

Remarks: Came via the Isthmus of Panama arriving in California in 1851

Remarks: Mrs. Williams writes in her memoir, “We arrived in San Francisco May 5, 1851 and went to Jones Hotel. The parlor was quite elegant. The furniture was upholstered with purple velvet and a Brussels carpet was on the floor. Unluckily the city took fire that might have destroyed nearly all the houses. We then left for Sacramento to occupy a house previously prepared. It was located near Sutter’s fort, and was built of material brought around Cape Horn. We lived there three years and were during that time visited by storm flood and fire. We moved to Marysville, a flourishing town.” Mrs. Williams was married in Marysville in 1855. Her husband Stephen G. Williams continued a mercantile business in that city until 1861 when the family moved to San Francisco where she continued to reside until her death May 9, 1915.