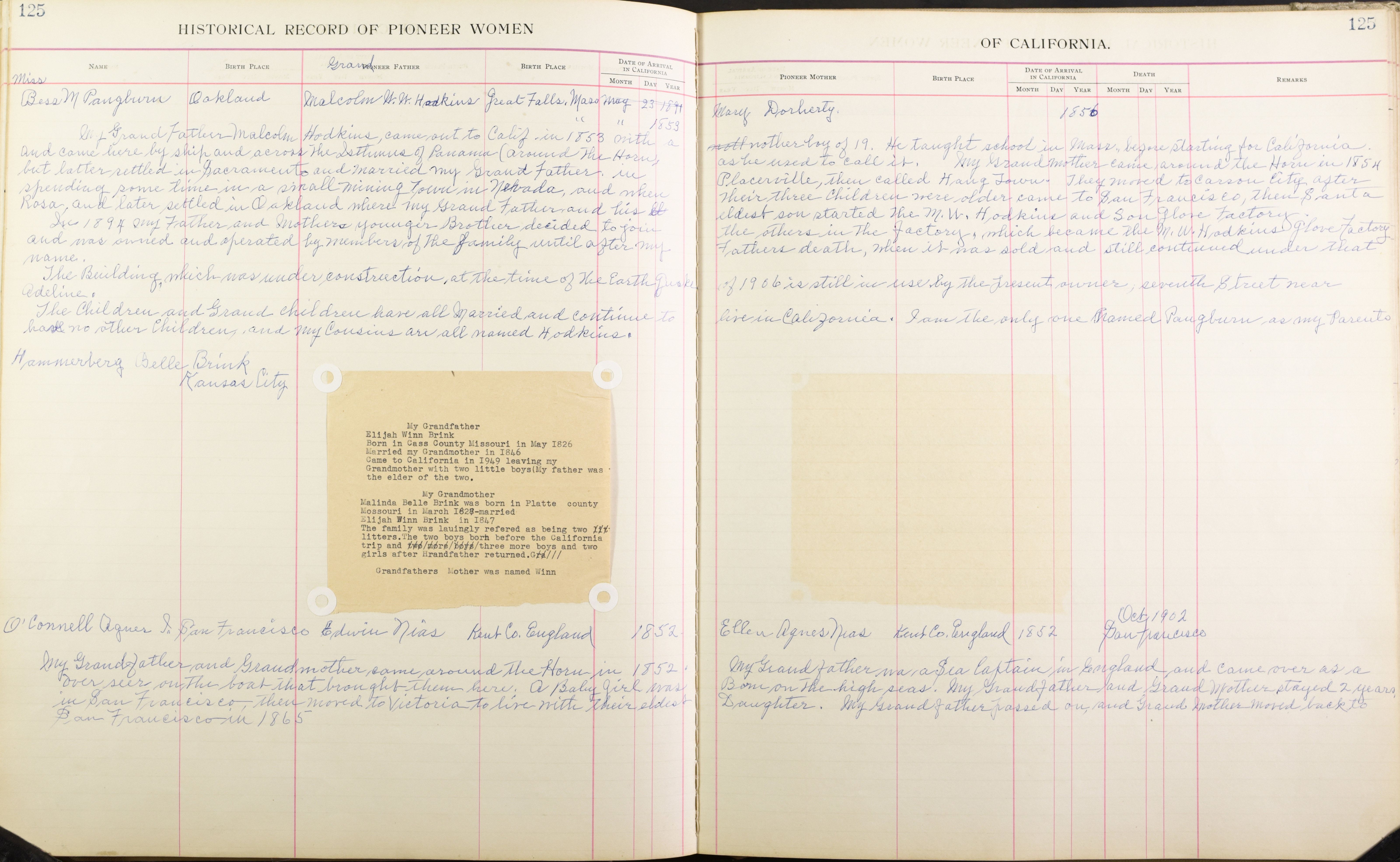 Remarks: My Grand Father, Malcolm Hodkins, came out to Calif. in 1853 with a nother boy of 19. He taught school in Mass., before starting for California and came here by ship and across the Isthmus of Panama (around the Horn, as he used to call it). My Grandmother came around the Horn in 1854 but latter settled in Sacramento and married my Grandfather in Placerville, then called Hang Town. They moved to Carson City after spending some time in a small mining town in Nevada, and when their three children were older came to San Francisco, the Santa Rosa, and later settled in Oakland where my Grandfather and his eldest son started the M. W. Hodkins and Son Glove Factory. In 1894, my Father and Mother’s younger Brother decided to join the others in the factory, which became the M. W. Hodkins Glove Factory and was owned and operated by members of the family until after my father’s death, when it was sold and still continued under that name.

The building, which was under construction at the time of the earthquake of 1906 is still in use by the present owner; seventh Street near Adeline.

The Children and Grand children have all married and continue to live in California. I am the only one named Pangburn, as my Parents had no other Children, and my Cousins are all named Hodkins.

My Grandfather
Elijah Winn Brink
Born in Cass County Missouri in May 1826
Married my Grandmother in 1846
Came to California in 1949 leaving my
Grandmother with two little boys (My father was
the elder of the two.

My Grandmother
Malinda Belle Brink was born in Platte county
Mossouri [sic] in March 1828-married
Elijah Win Brink in 1847
The family was lauingly [sic] refered [sic] as being two
litters. The two boys born before the California
trip and two more boys[crossed out] three more boys and two
girls after Hrandfather [sic] returned.