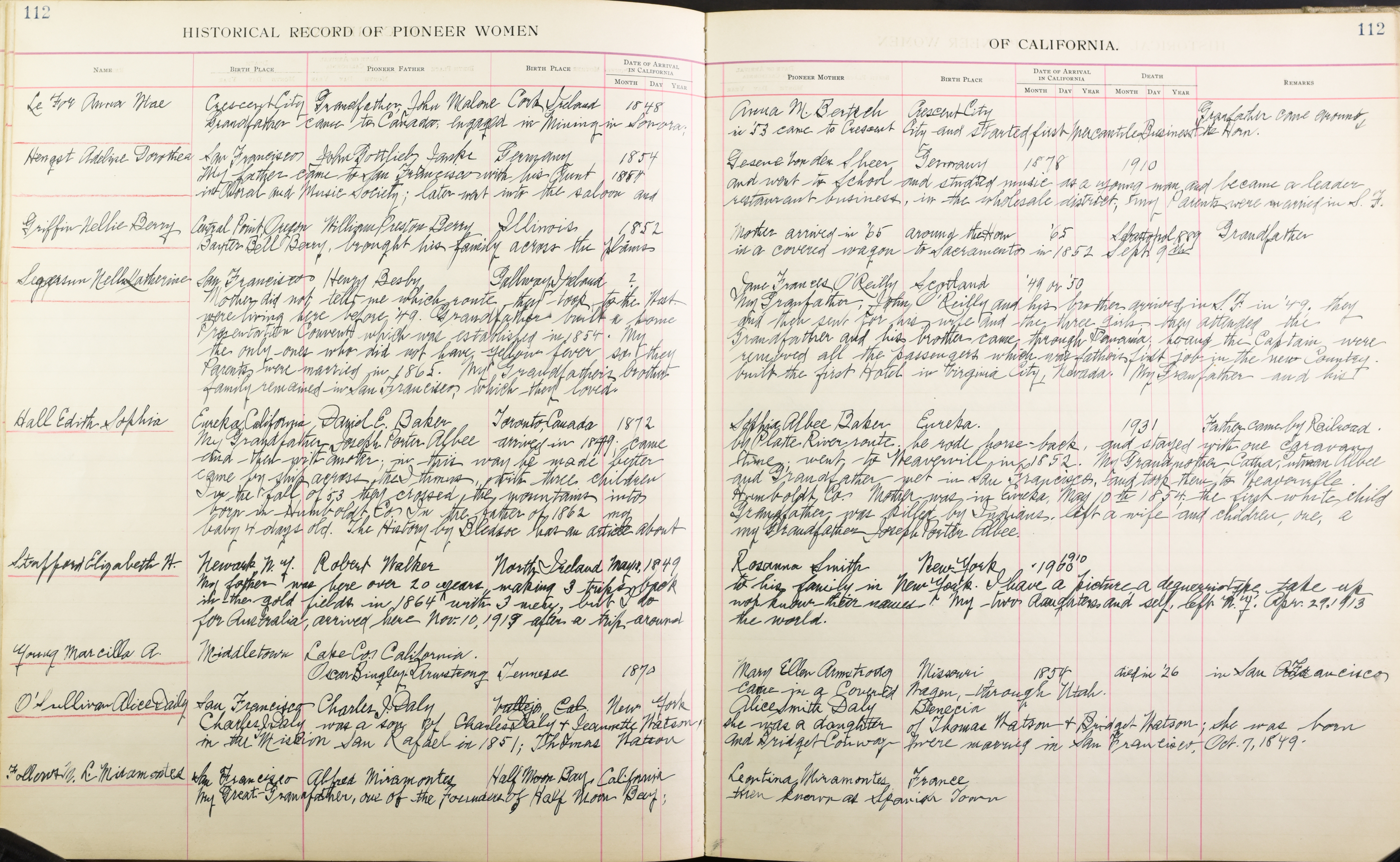 Remarks: Grandfather came around the Horn.

Grandfather came to Canada; engaged in Mining in Sonoma; in ’53 came to Crescent City and started first Mercantile Business.

Remarks: My father came to San Francisco with his Aunt 1854 and went to School and studied music as a young man and became a leader in Choral and Music Society; later went into the saloon and restaurant business, in the wholesale district; my Parents were married in S.F.

Remarks: Grandfather Baxter Bell Berry, brought his family across the plains in a covered wagon to Sacramento in 1852, Sept. 9th.

Remarks: Father came by Railroad. My Grandfather, Joseph Porter Albee arrived in 1849; came by Platte River route; he rode horse-back, and stayed with one caravan and then with another; in this way he made better time; went to Weaverville in 1852. My Grandmother, Catha Putnam Albee came by ship across the Isthmus, with three children and Grandfather met in San Francisco, and took them to Weaverville. In the fall of ’53, they crossed the mountains into Humboldt Co. Mother was in Eureka, May 10th 1854; the first white child born in Humboldt Co. In the father of 1862 my Grandfather was killed by Indians; left a wife and children, one, a baby 4 days old. The History by Bledsoe has an article about my Grandfather Joseph Porter Albee.

Remarks: Came in a Covered Wagon, through Utah.

Remarks: My Great-Grandfather, one of the Founders of Half Moon Bay; then known as Spanish Town.