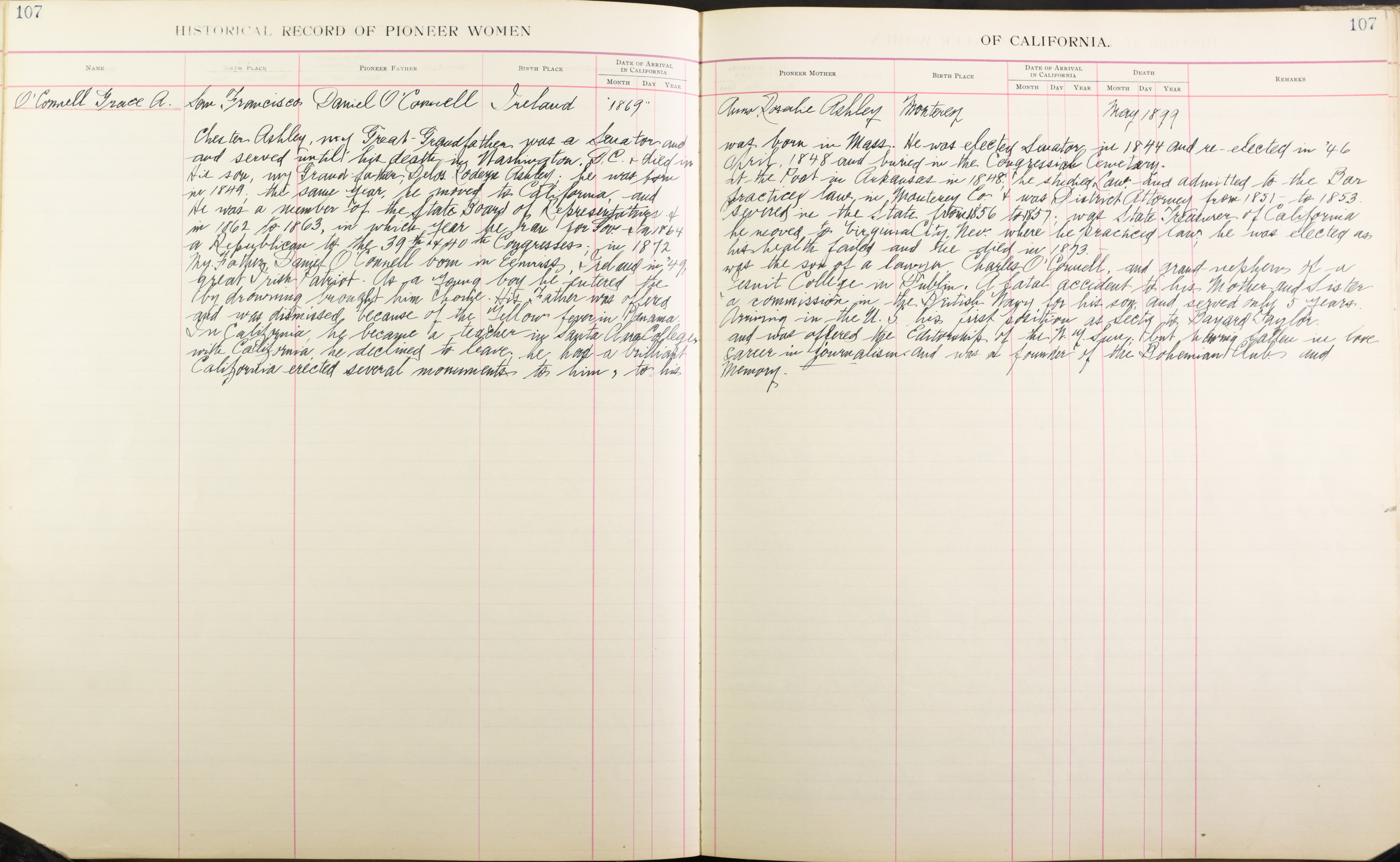 Remarks: Chester Ashley, my Great-Grandfather was a Senator and was born in Mass. He was elected Senator in 1844 and re-elected in ’46 and served until his death in Washington, D.C. and died in April, 1848 and buried in the Congressional Cemetary. His son, my Grand-father, Delos Rodeyn Ashley; he was born at the Post in Arkansas in 1848; he studied Law and admitted to the Bar in 1849; the same year, he moved to California, and practiced law in Monterey Co. and was District Attorney from 1851 to 1853. He was a member of the State Board of Representatives and served in the State from 1856 to 1857; was State Treasurer of California in 1862 to 1863, in which year he ran for Gov. In 1864 he moved to Virginia City, Nev. where he practiced law; he was elected as a Republican to the 39thand 40thCongresses; in 1872 his health failed and he died in 1873.

My  Father, Daniel O’Connell born in Eemriss, Ireland in ’49, was the son of a lawyer Charles O’Connell, and grand-nephew of a great Irish Patriot. As a young boy he entered the Jesuit College in Dublin. A fatal accident to his Mother and Sister by drowning brought him home. His Father was offered a commission in the British Navy, for his son, and served only 5 years and was diminished because of the Yellow fever in Panama. Arriving in the U.S. his first position as Secty to Bayard Taylor. In California, he became a teacher in Santa Clara College, and was offered the Editorship of the N.Y. Sun, but having fallen in love with California, he declined to leave. he had a brilliant career in journalism and was a founder of the Bohemian Club, and California erected several monuments to him, to his Memory.